On December 12, 2017, Blue Origin's New Shepard flew again for the seventh time — known as Mission 7 (M7), the flight featured the company's next-generation booster and the first flight of Crew Capsule 2.0. 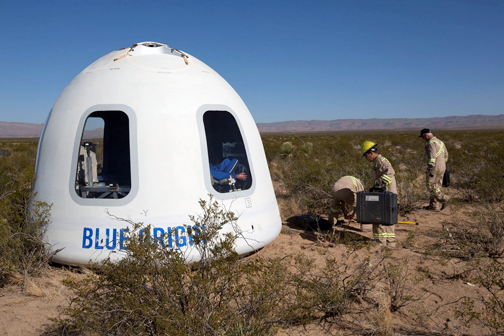 Photo is courtesy of Blue Origin.

While the primary objective was to progress testing this new system for human spaceflight, the company also achieved an exciting milestone with suborbital research in space by sending 12 commercial, research and education payloads under full FAA license for the first time. Payloads flying on New Shepard were engaged in important science and research onboard the 11 minute flight to space and back. During this flight, Blue Origin customers get approximately three minutes in a high-quality microgravity environment, at an apogee around 100 kilometers, making New Shepard ideal for microgravity physics, gravitational biology, technology demonstrations, and educational programs. 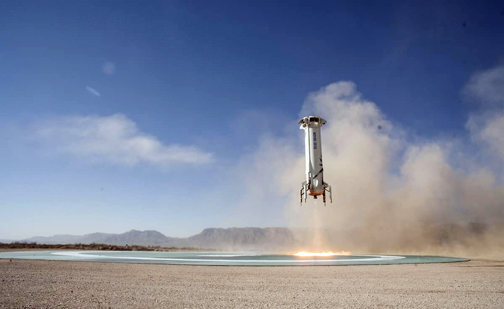 The combination of high altitude and low-gravity exposure provides an environment for a wide range of payloads ranging from basic and applied microgravity sciences to Earth and space science. Each of these domains has the opportunity to engage users ranging from universities to corporations. The rapid timelines and low costs of flight are also increasingly attracting educators and students of all ages.

Below are a few highlights of investigations that were a part of the New Shepard M7 flight:

Blue Origin's frequent flight schedule will enable the launch of experiments multiple times to iterate on findings, improve statistics, or rapidly collect data. As human flights begin, customers will also be able to fly with their payloads for hands-on experimentation.